Orlando Magic could use B.J. Johnson as a spark by Luke Duffy
Potential building blocks in place for Detroit Pistons by Thomas J. Brown

Ken Fuson should be writing this piece on Charles Barkley, not me.

It was him, after all, who won multiple journalistic rewards, rubbed elbows with Green Bay Packers quarterback Brett Favre and wrote for multiple big name newspapers, including the Baltimore Sun and Des Moines Register.

His genuine interest in people is what made him so great at his job, yet even better in church as a selfless guide for anyone and everyone he came across.

His interesting perspective on life, faith and people was something to behold. Like his take on Charles Barkley, for example.

Did you know this article was actually his idea?

We were discussing figureheads in the NBA, and the conversation turned to Charles Barkley. I was spitballing some cliche about Barkley’s calling out “turrible” plays and then Ken opened the door to something truly remarkable.

“The freedom that man has,” Ken had said. “I think he’s the free-est man in the world. I may write an article about that someday.”

Of all the Charles Barkley takes I’ve heard to date, this is the most unique. And it rings the most true.

It’s Barkley who sits opposite Shaquille O’Neal and perpetually plays the ill-advised game of poke-the-bear with the 7-foot-1 strongman, knowing studio personnel will rush in to protect him come worst-case scenario.

“I’ll knock your a** out,” Shaq has said multiple times to Barkley on their TNT sessions, but everybody knows this won’t actually happen. Barkley is free.

Or when asked by Ernie Johnson whether he graduated from Auburn, Barkley directed the conversation back to his own wealth and success.

“No, but I have a couple people working for me who did,” he replied.

And then there’s the plug for his shoes, an uncommonly shameless and boastful summary of his own greatness that wouldn’t be feasible if he genuinely needed to profit off his merchandise.

But it’s his unadulterated self-confidence, right or wrong, that he exudes in a very public and unchecked manner that stands out.

“I don’t care what people think,” Barkley once said. “People are stupid.”

And he doesn’t have to care what people think.

See, Ken was right, Charles Barkley is the free-est man in the world. He says whatever he wants and possesses gobs of wealth and a unique platform in which a rabid group of followers soak in every word he says, ridiculous as it may be.

But if Barkley is the free-est man, Ken was the happiest.

It was easy to forget Ken’s journalistic accomplishments and I seldom thought of him as “my friend the writer.” He had other traits that far better summarized what made Ken Ken. 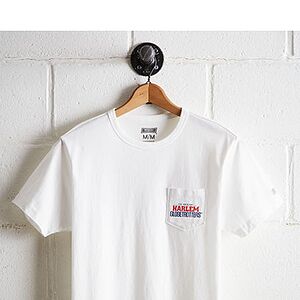 It was his kindness, selflessness and heart for others that will be most remembered. And people thought his famous Des Moines Register story on the weather was good? Meet Ken the person and you’ll be much more enthralled.

His final stage of life, as a tireless advocate for others, was actually his favorite. And as good a writer as he was, he was even better at serving others.

Now Ken is free-er even than Barkely, the type of freedom that only care for others and God-given blessings can provide.

Next: Ranking the NBA's best mascots of all-time