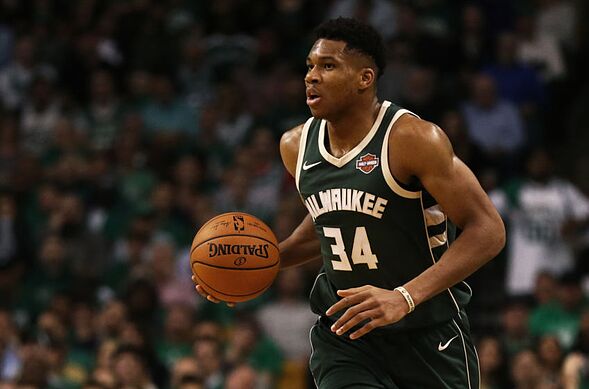 The Milwaukee Bucks came out with a victory in their 2017-18 season debut against the Boston Celtics in a fiery and scrappy game with a 108-100 final.

The Milwaukee Bucks came into their 2017-18 NBA season opener with a chip on their shoulders to a packed and extra loud arena in Boston. The crowd was in the game extra early in order to try to make up for the absence of Gordon Hayward and that awful injury from Tuesday night.

Milwaukee would not be shaken though, as this game was highly contested between both teams until the fourth quarter.

It is interesting watch the Boston Celtics now try to function on the fly against fellow playoff contenders not named the Cleveland Cavaliers and how they look with one less superstar. The Bucks showed just how interesting it would be for such a young group moving forward, as the Celtics often looked lost on the court as the game went on.

With all of the weight on Kyrie Irving, the Bucks frustrated his shot beyond belief, holding him 7-of-25 shooting from the field (28 percent). With players like Marcus Smart and Jaylen Brown expected to take more looks with one less superstar on the court, the Celtics are simply not as threatening at this point.

The Bucks stood up on defense throughout the game and were much more disciplined in their game plan compared to Boston in what resulted in a 108-100 final score. Here are three takeaways from the Milwaukee Bucks’ season debut Wednesday night.

Next: No. 3
Next1 of 4Prev post
Use your ← → (arrows) to browse
Load Comments
Event Tickets
Powered by StubHub
Top Stories