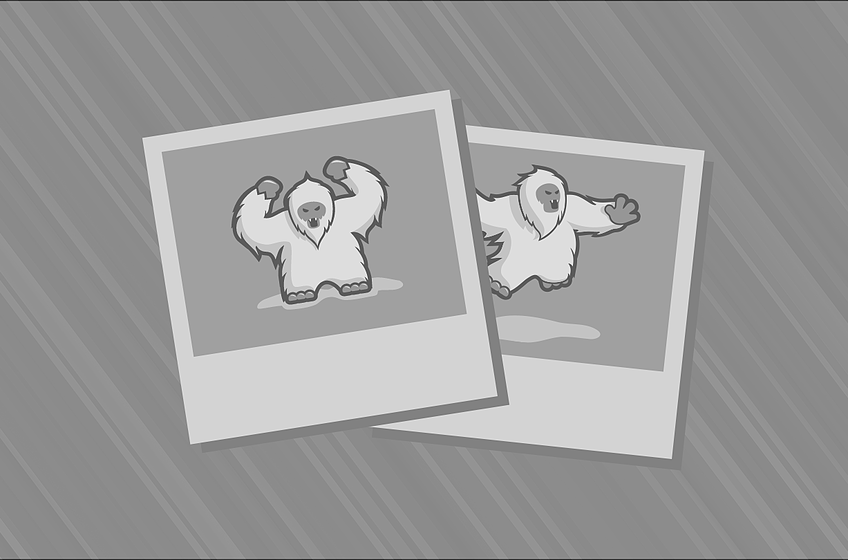 The Phoenix Suns are off to an up-and-down start in 2015-16, but T.J. Warren could be a dark horse for the Sixth Man Award as a consistent bench threat.

Defense may be the chief concern for the Phoenix Suns at the moment, but the progress of backup small forward T.J. Warren has got to make the organization feel good about their future on the offensive end.

Coming off a rookie season in which he failed to crack the rotation until after the fallout of the NBA trade deadline, Warren has built upon some strong Summer League performances to become the Suns’ most consistent scorer off the bench in 2015-16.

Though he only averaged a meager 6.1 points in 15.4 minutes per game as a rookie, Warren’s impressive 52.8 field goal percentage suggested his uncanny nose for the basket was going to translate to the pro level.

Through his first 18 games of his second NBA season, the 22-year-old swingman is making good on that potential, averaging 12.3 points in 22.6 minutes per game while shooting 53.6 percent from the floor.

No one’s suggesting that Warren in that same league yet, but so far, his role of sixth man has been tailor made for his skill set. Warren is converting an absurd 60.9 percent of his attempts around the basket, continuing to develop as a cutter who always finds himself in the right spot around the rim and loves to push the tempo and score easy fast break points. Warren is averaging 3.0 fast break points per game, the third most on the team and the 19th most in the entire league. Warren also joins Will Barton of the Denver Nuggets as the only non-starters in the top 20.

Even more promising, however, has been the vast progress with his three-point touch. As a player pegged for his midrange abilities and his floater attacking the basket, Warren has worked hard to improve his shooting from long range, knocking down nine of his 22 attempts from three-point territory on the season (40.9 percent).

If this kind of stellar all-around improvement continues, don’t be surprised to see T.J. Warren’s name in the conversation for the 2015-16 Sixth Man of the Year Award.

There are obvious caveats to this conversation, of course. For the time being, the Suns value P.J. Tucker‘s defense, rebounding and all-around versatility in the team’s starting 3-spot, but if Warren continues to improve defensively while also putting up this kind of efficient production, it might not be long before head coach Jeff Hornacek takes a look at changing his starting lineup.

Moving Warren into the starting lineup would obviously take him out of contention for an award given to high scoring bench players, but there’s also the fact that we’re working with a small one-month sample size. His strong start is worth noting, and there’s no question that he has the potential to be a great scorer in this league.

But he might still be one year away, since 12.3 points per game is hardly an eye-popping number for this category.

However, it’s worth noting that Warren is really starting to find his rhythm over the last week or so, averaging 15.8 points on 58.1 percent shooting over his last six games.

The Suns may have lost five of those six games, but Warren was a bright spot over that stretch, especially in the middle of the shellacking they received at the hands of the Golden State Warriors, when Phoenix’s promising young wing put up a career high 28 points on 12-of-16 shooting.

He’s reached double digit scoring in five of his last six games and has shot an absurdly efficient 43-of-74 from the field, so don’t think he’s putting up these solid percentages on a minimum number of attempts. Warren ranks fifth in scoring in his draft class, and he also ranks third in field goal percentage among second-year players who have played in at least 10 games.

Coming off the bench, Warren has feasted on opposing backups and has even held his own when playing with the starters. Adding some strength and improving his defense is the next step to his game, but as he continues to grow in those areas, it won’t be long before he challenges for the starting job and is able to log consistent minutes as a stretch-4 in small-ball lineups.

It’s still early, and T.J. Warren should be considered a long shot at best at this point, but his under-the-radar production off the bench for the Phoenix Suns shouldn’t be overlooked.